Do You Know Your Four Beans?

The most common of all produced coffee beans is the Arabica, it accounts for almost 3/4 of the world’s coffee production! Arabica beans are grown in high altitude regions that get significant rain and have plenty of shade. Arabica trees are one of the easiest to harvest, as they are small and easy to prune, thus being the most popular among farmers.

Although plentiful, the Arabica bean is the most delicate of the four beans. It is prone to disease and must be farmed carefully. Since it is one of the most popular beans, Arabica is often grown in large quantities, called “monoculture”, however, this is sometimes risky. Growing the disease-prone plants in large groups makes the trees more likely to contaminate an entire crop if one grows diseased.

The highest quality Arabica beans have a bright body with a satisfying amount of acidity. They have many layers of flavors and aromas and are best sampled on the front palate, where sweetness and saltiness are most apparent. For the best brew look for Arabica coffee that has a fuller body and lower acidity. 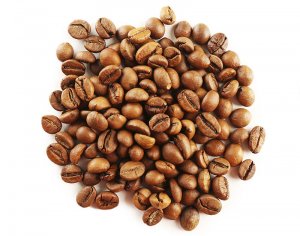 The second most produced bean is the Robusta which, by its name, is hearty and robust and almost immune to disease. The Robusta bean requires a hot climate with sporadic rainfall. Robusta coffee beans contain almost twice the amount of caffeine than do Arabica beans. The caffeine in the bean is actually what gives the plant such strength.

Robusta coffee is best sampled on the back palate, where bitter notes are most apparent. Higher quality Robusta beans have a full but smooth texture, low acidity, and often have hints of chocolate in their flavor profile. For the best-tasting brew, buy Robusta coffee that was grown in a single place, not harvested and blended. This way you will know that the bean was grown in a favorable climate and will not taste flat. A good quality Robusta will also not lose flavor when adding milk or sugar, making it ideal for coffee desserts....but watch out for the caffeine at night! Liberica is not as common as Arabica or Robusta but this bean has an important place in coffee history.

In the late 19th century, "coffee rust" contaminated over 90% of the world’s Arabica plants. Frantically seeking a solution, farmers and scientists discovered the Liberica plant in the Philippines, a U.S. territory at that time, and the coffee industry was grateful. This discovery also helped the Philippines’ economy as they were the only coffee supplier for a period of time.

When the disagreement between the U.S. and the Philippines erupted and the U.S. cut off all supplies, including coffee, to the archipelago, the Liberica market died. In 1995 the Liberica appeared in the coffee world again. A group of conservationists transplanted the last remaining plants to various Filipino growing regions better suited for Liberica to thrive. Unfortunately, Arabica held on to the title of coffee king and has never been caught by Liberica. Coffee lovers appreciate it when they have Liberica coffee, as grows harder and harder to get pure Liberica beans.

Liberica beans are larger than the others, and are the only beans in the world that has such an irregular shape. The beans have a unique aroma with floral and fruity notes, and a full body that has a smoky taste. Those who have had Liberica coffee say that its woody flavor is truly unique and unlike any coffee they have ever tasted. 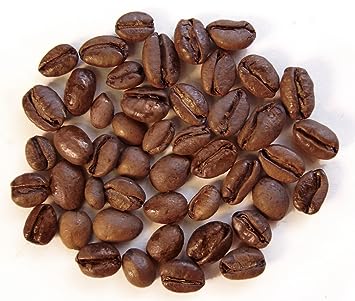 Oddly enough, Excelsa has recently been re-classified into the Liberica family, even though they are very different. They get classified together because the beans both grow on large 20-30 ft trees at similar altitudes and have a similar almond shape. The coffee community is not fond of the idea but resigned to enjoy them both.

Excelsa grows primarily in Southeast Asia and accounts for only 7% of the world’s coffee consumption. It is typically used in blends, to give the coffee an extra boost of flavor and complexity. The tasty brew is better to taste on the middle and back palate. Excelsa possesses a tart and fruity body, which are usually flavors of a light roast, however it has some dark, roasty notes too. This mystery lures bean-heads from around the world to find and enjoy the Excelsa.